The RM1 Billion per year organization

FMT - Cenbet: Halal certification should be for food only, not premises (extracts): 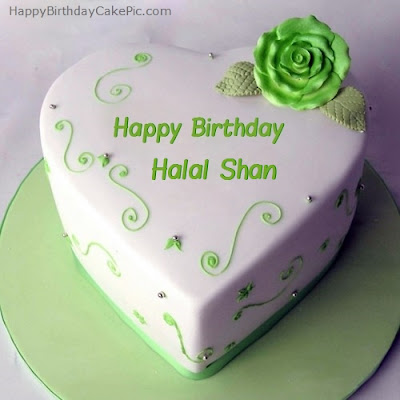 KUALA LUMPUR: The Centre for a Better Tomorrow (Cenbet) has waded into the “halal cake” controversy, saying the Islamic Development Department’s (Jakim) halal certification should apply only to food served in F&B outlets and not food brought into the premises.

In a statement released today, Cenbet co-president Gan Ping Sieu said Jakim should not penalise halal-certified eateries that allow diners who bring in non-halal certified food into their premises.

“There is no such thing as halal or non-halal premises,” Gan said.

The controversy came about after McDonald’s Malaysia yesterday confirmed that only certified halal cakes were allowed into its chain of restaurants, adding that the policy was in compliance with guidelines issued by Jakim for halal certification.

“As a company that offers only halal-certified products, we implement a ‘no outside food policy’ to ensure that all products served and consumed at our restaurants are halal.

“In the case of ‘birthday parties’ at McDonald’s, we have made an exception to allow customers to bring in their own birthday cakes as part of their celebration, provided that the cakes are certified halal,” McDonald’s had said in a statement.

Cenbet, however, argued that while eateries had the right to ban patrons from bringing in outside food, the decision should be based on commercial considerations and not whether the food was halal-certified or not.

“In this respect, Jakim should not overstep its boundary by accrediting premises instead of food,” Gan said.

“It should also not subject food operators to white terror. Doing so would be an abuse of power.

“This will open the floodgates for more areas to be classified along halal and non-halal lines such as public transportation, schools, housing areas and healthcare.

“This will only segregate the people along religious lines, especially at a time when there is a need to enhance unity in the face of rising extremism.” 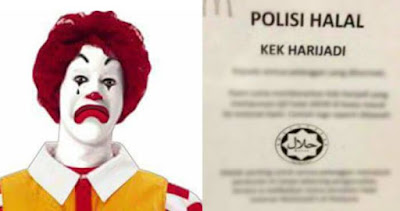 I am not sure whether Cenbet has been correct because I know JAKIM, JAIS, JAWI, etc, can even enter your bedroom, bathroom and whatever room to check whether your prick and vagina are in sync.

Such have been the unbridled powers accorded to Islamic religious bodies in this country that even questions and criticisms of them can land you in jail.

Standard lines of their attacks have been 'sensitive', 'don't question Islam', 'our feelings have been hurt', 'we will NOT tolerate any question on our procedures', 'Muslims are easily confused', etc, to preemptively silence critics like Kassim Ahmad who first raised the evil spectre of the priesthood caste wanting to control us with their mortal edicts.

From Malaysiakini - Speaking at an event organised by the Perdana Leadership Foundation, he said that Islam in Malaysia has been abused through a “priesthood caste” system.

“This priesthood caste did not exist at the time of the Prophet or the four caliphs. They only emerged about 300 years later by appointing themselves as interpreter of religion for Muslims,” he said.

“They (Muslims) view their religious leaders like gods and goddesses, that these leaders are seen to be protected from maksum (protected from sin) and must decide on everything about their lives.” [...]

He called on Muslims to return the Quran as the sole and highest source of information in Islam, and to reinterpret the holy book to suit modern times.

“I have said before that the Quran explains itself. The old method to use the hadith (Prophet's saying and actions) to explain the Quran is not very good, as this means we are saying that the Prophet Muhammad knew everything. This is ridiculous, as he is just a messenger of Allah.”

We also know JAKIM and other JA-organizations are now swiftly and deliberately overreaching their limits because the political fight for the Heartland votes stand in their favour, based on 'holier than thou' campaigns by 'both sides'.

Ain't unquestioned powers over a captive community wonderful to have when those taking actions need not be responsible nor accountable for their actions, as in the case of Nik Raina and Kassim Ahmad.

It's all about JAKIM and other JA-organizations' reach for power and control, rather than promoting the teachings of Islam because the Prophet Muhammad (pbuh) did not teach persecution, oppression and bullying, au contraire.