It’s hard for Malaysians to keep a straight face when we become a laughing stock of the world, whether it’s about Auntie Anne’s hotdog or 1MDB.

Lately, international TV news networks and comedians have been working overtime to make fun of the missteps of our women, family and community development ministry. The humour is a welcome respite when Covid-19 has turned our lives upside down. 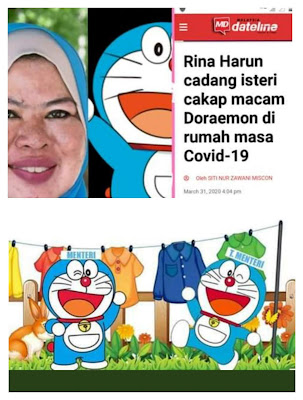 In early March the deputy minister, Siti Zailah Mohd Yusoff, had stated that she wished to implement the clothing policy for flight attendants according to shariah law. This caused a storm with the MAS employees who were facing job cuts and salary curtailment.

People are now beginning to wonder if the women’s ministry will attract the type of attention drawn by the “black shoe” education minister, Maszlee Malik, who became a public relations disaster for the Pakatan Harapan government. The then prime minister had to fight fires in the education ministry and eventually took over the portfolio.

In times of crisis, people look for leadership and signals that the government is doing the right thing. The appointment of Abdul Hadi Awang as the prime minister’s special envoy to the Middle East, with ministerial rank, has drawn criticism all around. 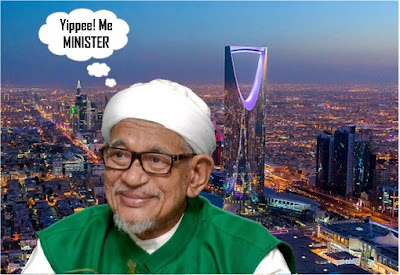 Hadi’s position was added to a ballooning cabinet payroll at a time when people have lost their jobs and don’t know where the next pay-cheque will come from. This is not the time to reward allies in the government when taxpayers and the people who drive the economy are struggling.

People still say that Perikatan Nasional (PN) is a backdoor government but the argument is futile. PN is a constitutionally formed government and the only test of its majority will be in parliament. Prime Minister Muhyiddin Yassin came in at the wrong time and now faces a test of his leadership skills, drawing his long experience from helming many ministries.

The young and inexperienced members of his cabinet must rise to the occasion, to focus on national issues rather than uniforms worn by MAS stewardesses or putting out misogynistic messages that annoy women trying to gain equal footing in the man’s world. 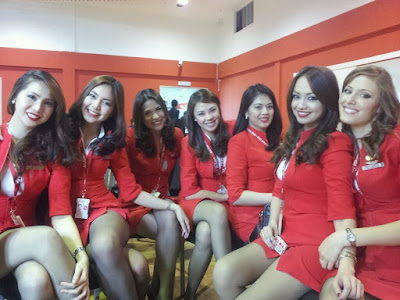 Hadi’s new-found status will be a challenge for him and the Malaysian government.

In November 2017, the Saudi Press Agency released a statement saying that the Anti-Terror Quarter consisting of Saudi Arabia, Egypt, United Arab Emirates and Bahrain released a declaration stating the International Union of Muslim Scholars (IUMS) is a terror group.

Hadi is vice-president of the IUMS. The Malaysian police, when queried, has said it is aware of the report but said that he has not been deemed as a threat.

It would be good to see how our Middle Eastern relations develop with this question mark over Hadi’s background.

In times of war or crisis, people depend on strong leadership to steer the country. So far our leadership has been decisive in combating Covid-19 albeit fuzzy details of the implementation on the economic package. We are certainly better than Donald Trump’s America.

The government must be given credit for tackling the virus head-on. We cannot blame the government for everything as we can see that no government (as in the case of America, Italy and Spain) is well prepared for such a human onslaught.

There are also different opinions about whether we should sacrifice the economy during the shutdown. It is like being confronted with the question ‘your money or your life’ when you are accosted by a robber.

We are in uncharted territory and there is no playbook to guide us. The ordeal in China is not over and China is still learning from its own experience. Covid-19 can only be won when we are all disciplined enough to follow all the safety guidelines and mobilise our efforts to help those in need.

Covid-19 puts us all in the same boat: we face the same fate if we cannot unite together to fight this virus which has changed the face of the world and exposed human vulnerabilities.