He said this was because the rule did not apply during times of emergency.

“We felt worried when informed by security forces that there were still people who insisted on holding Friday prayers today. The reason they gave was a hadith saying whoever misses three Friday prayers consecutively will be considered a munafiq.

“We wish to emphasise that the claim is a clear misunderstanding (of the hadith). Hence, we are saying that those who are labelled as hypocrites are those who miss three Friday prayers intentionally, without any valid reason,” he said via Twitter today.

He said although today was the third Friday Muslim men had been unable to perform Friday prayers due to the movement control order (MCO) implemented by the government since March 18, the situation was considered a health emergency due to the Covid-19 pandemic.

In this regard, he appealed to Muslims to obey the government’s directives and fatwa of religious authorities on the suspension of the Friday prayers.

Zulkifli said in the case of Covid-19, it was considered an infectious disease which involved public interest, where the priority should be for people to remain under quarantine and stay at home.

“We all want to be free from this pandemic as soon as possible, but this requires the commitment and cooperation of all parties, including ourselves.

“Don’t go to the mosque! Perform the Zuhur prayer together at home, or at your respective places,” he said. — Bernama 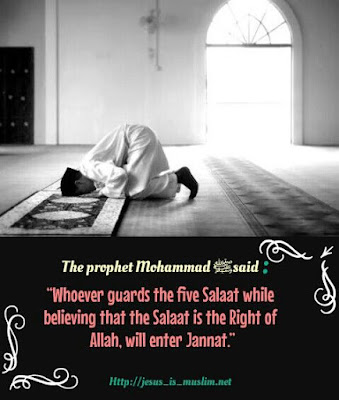 OK, the Quran and Sunnah explain that the Friday prayer is obligatory upon every adult sane Muslim.

According to Quran 62:9, God Almighty says, “O you who have believed, when the call to prayer is made for Jumu'ah [Friday prayer], then proceed to the remembrance of God and leave trade. That is better for you, if you only knew”.

Note "(without a valid excuse)"!

Thus Dr Zulkifli Mohamad Al-Bakri has been right in that the current pandemic Covid-19, which enforces on Malaysian Muslims the mandatory MCO (because of the pandemic emergency) is a valid reason for missing Friday prayers. 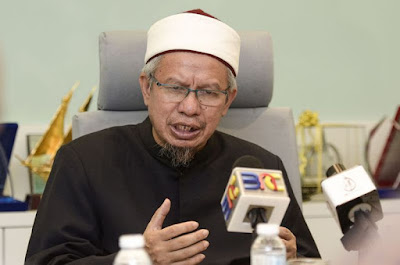 Dr Zulkifli Mohamad Al-Bakri was the FT Mufti from 2014 to 2020 before he was 'senator-ised' by PM Muhyiddin to become the Minister in the Prime Minister's Department (Religious affairs), in effect, the current Minister for Malaysian Islamic Affairs. Like Pak Hadi Awang, he was also a graduate of Madinah University.

Incidentally, as a legal Islamic precedence, Imam Khalil al-Maliki, in his Mukhtasar, explained, “Excuses for missing the Friday prayer include: extreme mud, rain, leprosy, the sick and the one engaged in caring for the weak/ill, or the one confined in a place for whatsoever reasons etc”.

Wikipedia informs us that the Imam was an Egyptian jurisprudent in Maliki Islamic law who taught in Medina and Cairo. His Mukhtasar (a concise handbook of legal treatises), known as the "Mukhtasar of Khalil", is considered an epitome of syariah law according to the Maliki madhhab, (mutually recognised by the Malaysian Shafi'i school) and is regarded as the most authoritative legal manual by North and West African Muslims.

But I wonder why it has to depend on the federal minister of religion for Islamic matters to clarify (only now) what must have been a troubling religious issue for Muslims for quite some time. Why couldn't other Malaysian religious leaders eg. Hashim bin Jasin (PAS spiritual leader), Dr Asri (Mufti Perlis and renowned or if you prefer, notorious Islamic cleric), the Indian fugitive Dr Zakir Naik, and notably Pak Hadi, etc, said something on this issue before?

It seems Malaysia's Islamic leaders have a penchant for silence when it matters most for them to speak out and help clear the air, but vociferous when they should instead be either helping ameliorate a sensitive issue, or merely STFU.