Former (late) Chief Rabbi of Israel: Hitler was a messenger of God?

Emergency regulations approved by the cabinet late Thursday declared Bnei Brak, near Tel Aviv, a “restricted zone” due to its high rate of infections. The new designation allows authorities to tighten curbs on public movement.

Police units, wearing surgical masks and gloves, moved swiftly early on Friday to cordon off major intersections around the town and enforce the new rules.

“Bnei Brak is on lockdown, as of this morning, and police will prevent any movements in or out of the city,” police spokesman Micky Rosenfeld said. 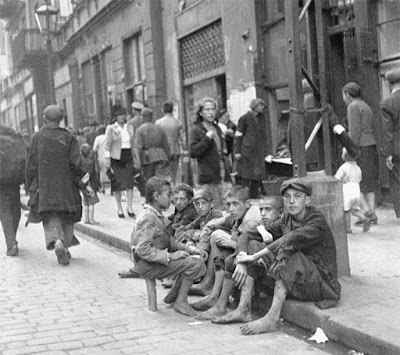 “People are only allowed in or out for medical reasons or medical support,” he added.

Medical experts estimate that as many as 38 per cent of Bnai Brak’s 200,000 residents are infected with coronavirus and that the town could soon account for as many as 30% of cases in Israel’s 8.7 million population.

This is due to Bnai Brak’s population density, which Israeli officials say is almost 100 times higher than the national average. Many residents are poor and some have heeded rabbis who, distrusting the state, spurned anti-virus measures.

With the elderly especially prone to the illness, Israel’s military plans to evacuate 4,500 people aged 80 and above in the town, and place them in isolation in hostels requisitioned by the armed forces.

Israel has reported at least 34 deaths and close to 7,000 cases of coronavirus. Tight curbs have confined Israelis to their homes, forcing businesses to close and sending unemployment over 24 per cent.

In the Israeli-occupied West Bank, Palestinian President Mahmoud Abbas on Thursday night extended a state of emergency for another month, starting April 4. The order was issued by presidential decree last month after a coronavirus outbreak in Bethlehem which forced closure of the Church of the Nativity, the traditional birthplace of Jesus. — Reuters

There seems to be a universal common denominator on Covid-19 clusters involving several 'generations' of infection, to wit, conservative religious groupings.

'Tis the same for Islamic and Christian conservatives who prize religious doctrines and teachings, and the questionable instructions and advice of clerics above scientific knowledge and medical advice.

Who knows, it might be one of the Almighty's 'strange workings' (as clerics would like to say to mask their own ignorance and cluelessness) to 'trim' off the weak so that only the 'strong' remain to do the Lord's work, or for the dead who were 'reincarnated just to atone for past sins'.

The late Ovadia Yosef, who was the Sephardi Chief Rabbi of Israel from 1973 to 1983, and the founder and long-time spiritual leader of Israel's ultra-Orthodox Shas party, was one of Israel's most revered clerics. The following was his attitude towards the Holocaust, as narrated by Wikipedia:

In 2000, he described the Holocaust as God's retribution against the reincarnated soul of Jewish sinners:

“The six million Holocaust victims were reincarnations of the souls of sinners, people who transgressed and did all sorts of things that should not be done. They had been reincarnated in order to atone”

Shas chairman Eli Yishai said criticism of the rabbi is unjustified, explaining, "Rabbi Ovadia weeps for every Jew who is killed ... but nobody, not even a saint, has not sinned. Everyone dies in a state of sin." It's even stated that he [Ovadia] declared that Hitler was a messenger sent to do God's work before the arrival of the Messiah.

In 2009, Yosef repeated his claims that the Holocaust was retribution for re-incarnated sinners:

“After all, people are upset and ask why was there a Holocaust? Woe to us, for we have sinned. Woe to us, for there is nothing we can say to justify it ... It goes without saying that we believe in reincarnation ... It is a reincarnation of those souls ... All those poor people in the Holocaust, we wonder why it was done. There were righteous people among them. Still, they were punished because of sins"

So Ovadia Yosef would have Jews believe that the Jewish Almighty, YHWH, had 6 million Jews born (reincarnated) in order to be massacred after horrific torture and beastly brutalities just to atone for past sins unknown even to Ovadia himself? 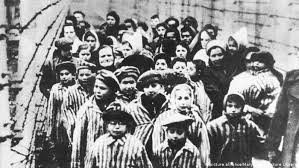 But that' the typical cleric's kerbau.

Religious people, especially of the Abrahamic faith, should watch out for some of their clerics.

Covid-19 may well be the Lord's 'mysterious way' of showing the true disciples of his frustration, anger and disgust with his covertly-secular-minded, materialistic and kerbau-ish clerics, wakakaka.