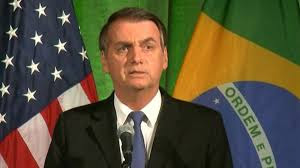 BRASILIA — Brazilian President Jair Bolsonaro, agreeing to a request from evangelical Christians, said on Friday that he was calling for a national day of fasting and prayer this Sunday to "free Brazil from this evil" coronavirus epidemic.

As the death toll mounts in the country, along with criticism of his handling of the public health crisis, Bolsonaro met with Pentecostal evangelical pastors outside his official residence. Evangelicals have been among the right-wing leader's most faithful supporters.

"With the pastors and religious leaders we will call for a day of fasting by Brazilians so that Brazil can free itself from this evil as soon as possible," he later said on radio station Jovem Pan. 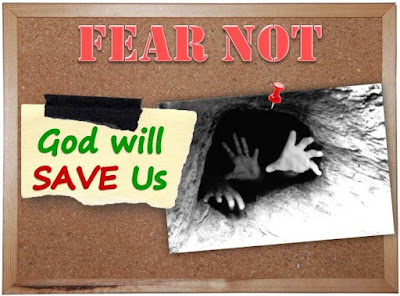 On Friday, the country's coronavirus deaths increased to 359 from 299, while confirmed cases jumped to 9,056.

Brazilians overwhelmingly disapprove of Bolsonaro for minimizing the epidemic and support governors and health officials that he has attacked for advocating social-distancing measures, two polls showed on Friday.

Bolsonaro has become increasingly isolated politically as he continues to rail against state and municipal shutdowns, calling them economically disastrous responses to an over-hyped risk.

The idea of fasting and prayer gained momentum on Friday among Bolsonaro supporters and evangelical preachers on social media.

"Brazil is in a serious crisis. The forces of evil are rising against a God-fearing Christian president and family defender. Sunday will be a day of fasting," Congressman Marco Feliciano, an evangelical pastor, said in a Twitter post.

Pastor Silas Malafaia, a leader of Brazil's largest Pentecostal church, the Assembly of God, proposed on social media that the fast begin at midnight on Saturday and last until midday Sunday.

Bolsonaro's approval rating has fallen to its lowest level since he took office last year. He was elected in a conservative swing by Brazilian voters, with massive evangelical support for his family values platform opposing abortion and gay marriage.

A former army captain turned politician, Bolsonaro was raised a Roman Catholic and was re-baptized by an evangelical pastor in the River Jordan in 2016 in Israel, as he began to plan a run for president.