Recall my earlier post Holy Grail of evidence against Najib? in which I mentioned that if anyone were to have suffered a heart attack recently, rather than the spurious report of BNM governor Zeti Akhthar Aziz having one, it would have been more likely the NS MB, Mohamed Hasan, because he was reported to have allegedly attacked the PM, wakakaka. 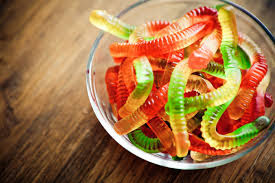 Yes, there was an audio clip circulating around in our current political-insurgency war, wakakaka, in which the poor NS MB was supposed to have endorsed Muhyiddin and also called for the arrest of Najib, which of course he most strenuously denied. Wakakaka.

And despite his protestation, he must have still been worried to bits about his position with Ah Jib Gor because he has now come out swinging with all his might to show both his loyalty to Najib as well as his UMNO-ness.

Malaysiakini reported the following regarding our dear Mohamed Hasan:

(a) Negri MB roasts Muhyiddin for not backing Najib in which he ... roasted former deputy prime minister Muhyiddin Yassin for not giving his full backing to Prime Minister Najib Abdul Razak.

He also appeared to laud Muhyiddin's ouster from the cabinet.

"If you have problems with your boss, you're the one who should leave, not your boss," he said in a fiery speech at the Seremban Umno annual general assembly today.

It has to be said that at least MIC's P Kamalanathan has shown far greater 'loyalty' than an UMNO man, wakakaka - so much for that much touted UMNO-Malay loyalty.

... Mohamad Hasan today said Umno can capture the state on its own without the need for other BN component parties.

As such, Mohamad Hassan said the struggling BN component parties should be left on their own.

"If the others want to die (mampus), then let it be.

"I'm suggesting to (Najib) in the 14th general election, don't follow their demands.

"Instead, give all the Malay majority seats to Umno,” he said during his speech at the Seremban Umno annual general asembly this morning.

He's right in a way because he knows MCA, MIC and Gerakan can't deliver the votes for BN. But what he might not really understand is that though the 3 mentioned clowns in BN might not be able to deliver substantial number of non-Malay votes, they still have support of, say, around 15% of the 'nons', and which may prove to be the deciding ballots in a tight finish.

This is wonderful news for DAP and perhaps even GHB. If DAP and GHB can get their acts together, and if our 3 clowns take offence at Mohamed Hasan's UMNO go-it-alone tirade, there may be a possibility of the new coalition winning Negeri Sembilan in GE-14.

Hope when that happen (UMNO losing NS) Mohamed Hasan won't burst into tears as former Perak MB Tajol Rosli Ghazali did on hearing the results on the evening of 03 March 2008. Utusan reported:

(c) After reshuffle, PM urged to crackdown on enemies

After purging his critics from the cabinet, Prime Minister Najib Abdul Razak has now been urged to also crackdown on his enemies.

The call was made by Negri Sembilan Menteri Besar Mohamad Hasan who said using the law against detractors was only right if they were trying to topple a democratically-elected leader.

"Don't let the worms get into your eyes, you could be blind. I don't want my president to be blind," he said in a speech at the Seremban Umno annual general assembly today.


In his fiery speech in Seremban, Mohamad Hasan also lamented about the repealed laws that were previously used to crackdown on dissent.

"When there is no EO (Emergency Ordinance) or ISA (Internal Security Act), that is your challenge. People said don't throw away your weapons," he said.

Aisehman, Mohamed Hasan, I know you have been scared shitless out of your wits by that audio clip but my dear fellow, kau liao lah, don't overdo your bodek-self-salvation act, wakakaka.
Posted by KTemoc at 4:20 pm