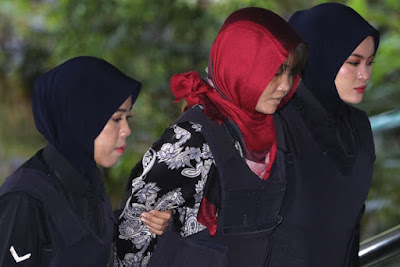 SHAH ALAM, March 14 — Vietnamese Doan Thi Huong will remain on trial for the murder of Kim Jong-nam as the attorney general (AG) dismissed her application for the charge to be dropped, the High Court heard today.

Doan 30, is accused in the 2017 killing of Kim Chol or Kim Jong-nam, elder brother of North Korean leader Kim Jong-un.

Deputy public prosecutor Muhamad Iskandar Ahmad told judge Datuk Azmi Ariffin of the AG’s decision on the application filed by the defence on March 11, but did not provide a reason for the refusal.

Doan’s lawyer Hisyam Teh Poh Teik said the defence was disappointed with the decision and said it was unfair to his client.

Teh then requested the court trial to be adjourned, pointing out that Doan has been unwell since her former co-defendant Indonesian Siti Aisyah’s release and was not in a position to testify.


The Malaysian government released Indon Siti Aisyah because the Jokowo government had asked for it. The Indons were reported as saying how sweet that successful appeal has been. But many in Malaysia are suspicious of the Malaysian court dropping the charge against Mbakyu.


Prosecutors led the cat out of the bag, telling the court that they had been instructed to withdraw the charge against Siti Aisyah. No reason was given.

While the court discharged Siti Aisyah from the case, it rejected her lawyer’s request for a full acquittal, as it said that the trial had already established a prima facie case and she could be recalled if fresh evidence emerged. Obviously the Malaysian court was furious and less than impressed. Refusing a full acquittal was probably its last defiant stand.

Reuters told the world that:

Left to stand trial by herself after Siti Aisyah’s release, Huong was still sobbing as she prepared to take the stand on Monday at the start of her defense. But the court agreed to resume proceedings on Thursday instead, pending a reply from the attorney-general to the request that charges against her also be withdrawn.

“Where is the principle of equality? Both of them were charged on the same evidence, the defense was called on fairly the same grounds,” said Salim Bashir, one of Huong’s lawyers.

“Until today, we do not know what were the exceptional circumstances that were needed for the attorney-general to review the charge against Siti Aisyah. The prosecution never advanced a single ground for the withdrawal.”

Indonesian Law Minister Yasonna H. Laoly said Siti Aisyah’s release, after over two years in prison, was the result of high-level diplomacy by his government, including meetings with Malaysian Prime Minister Mahathir Mohamad and the attorney-general. 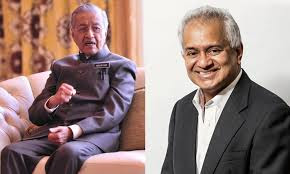 “After studying the case thoroughly, we sent letters to the Attorney-General of Malaysia and met with him and Prime Minister Mahathir last August,” Laoly told reporters with Siti Aisyah shortly after landing in Jakarta.


Laoly had written to Malaysia’s attorney-general, laying the blame on North Korea.

Since the unexpected Malaysian announcement that charges against Indon Siti Aisyah have been dropped, the Vietnamese government has requested the same be done for its national, Doan Thi Huong.

It's to be noted that the Viet government has NEVER made such an international request before as it expects its nationals to face/answer to the laws of the host nations, but the unexpected relief for the Indonesian woman, following intervention by her government, prompted the Viet government to change its policy.

What's good for the Indon goose should, on the basis of fairness and equal treatment, be also good for the Viet gander, but alas the Malaysian government, probably the world's greatest practitioner of double standards for 62 years, has just shown it's not so.