It may sound a bit confusing because you may wonder why you can't eat the cake when you have it.

Well, English idioms are like that, and what do I mean by it?

The Dictionary tells us that an idiom is "an expression whose meaning is not predictable from the usual meanings of its constituent elements, as kick the bucket."

I hope you know what 'kick the bucket' means, wakakaka.

Anyway, the idiom "have your cake and eat it (too)" has been one of the most confusing, but basically it means "to have or do two good things at the same same that are impossible". 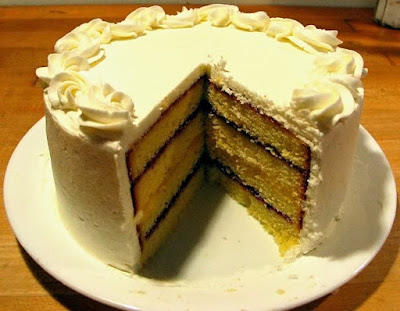 An example would be that if one wants more government services (eg. improved welfare, better roads, extensive library services, superduper defence like the one Singapore is having - I'm jealous of the last) then one mustn't expect to pay less taxes.

In other words, if you want 'kaa-liu' (extra yummy ingredients) in your char koay teow, eg. extra cockles and siput-lala, 2 duck eggs, extra large prawns and sausages, you have to pay more, not less.

That's why Australians in general are taxed through their noses to provide for social services, dole, youth allowance, etc, and which conservative parties like the Liberal-National Coalition, allegedly the party of the wealthy and affluent, wants to change.

The same problem, indeed of a more acute nature, exists in the USA where the Republican Party, of a far more conservative bent than the Aussie Coalition, believes in what has been jokingly referred to as the law of the jungle, wakakaka, where the socio-economic rule of survival of the fittest exists. Rich people don't believe in paying taxes to be then used for social welfare programs for the poor or poorer.

Anyway, back to "have your cake and eat it (too)", which bring us to a TMI news report that Motion to cut ties with DAP without debate sparks anger in PAS muktamar. Extracts of the report are as follows: 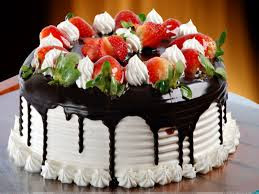 The final day of PAS's 61st annual congress began on a heated note this morning when delegates protested against the muktamar's decision‎ to accept a motion to sever ties with DAP and yet remain in Pakatan Rakyat (PR) without debate.

In announcing the motion, PAS information chief Datuk Mahfuz‎ Omar told delegates that it was a "sensitive" issue, but defended the decision not to debate it on the grounds that several top leaders had agreed to it.

‎This prompted Rembau delegate Mohammad Faiz Fadzil to question why such an important motion was passed without debate.

"Why can't we debate this sensitive‎ issue, especially since it involves PAS's direction? How are we to answer our members?" said Faiz, who is the son of former PAS president Datuk Fadzil Noor.

"We can't just divorce them, yet remain under the same roof. This is a lopsided coalition."

"Why did Datuk Mahfuz say this is a sensitive motion? If you're brave enough to raise this motion,‎ let the delegates debate it and explain what you mean by 'sensitive'."

A delegate from Kota Raja also stood up to remind the top leadership seated on the stage not to take the matter lightly.

‎"Those in Selangor know how important the tahaluf siyasi (political cooperation) is. Don't take it lightly."‎

Mahfuz rose and said his remark about "sensitivity" was in reference to the consequences the motion would have on Pakatan Rakyat-led states.‎

"I am only carrying out my duties. We may lose our positions, but we must be steadfast in our battles and trust in Allah, even though we will be alone once again,"‎ said Mahfuz. 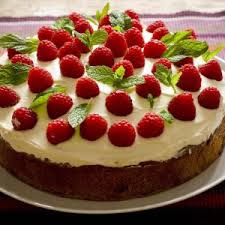 I see the key phrases as being tahaluf siyasi (political cooperation) and Mahfuz Omar's statement that his remark about "sensitivity" was in reference to the consequences the motion would have on Pakatan Rakyat-led states.‎

That has been why Pak Haji Hadi Awang still wants to remain in Pakatan.

And I'm sure Mohammad Faiz Fadzil, despite his rhetoric query of "We can't just divorce them, yet remain under the same roof. This is a lopsided coalition" knows exactly what his party president and some of the ulamas have in mind.

The attraction for PAS in non-Muslims especially the Chinese is the potential of these nons' support for PAS in the next general election in some 60 over federal constituencies where Chinese voters are seen to have a deciding influence. PAS has already enjoyed the jolly delicious taste of those nons' support in 2008 and to a lesser extent in 2013, the latter being due to the disappointing performance of the PAS state government in Kedah.

Mind, I'm not sure whether the support of the nons' would be considered as halal or not, wakakaka.

Anyway, PAS should thank Dr M and his alleged preference for such 'mixed' constituencies, wakakaka.

It has been none other than Umno's Ismail Sabri Yaakob, a party Supreme Council member and Agriculture and Agro-based Industry Minister, who alleged that Dr M had instructed the redelineation of electoral boundaries to turn Malay-majority constituencies into mixed-community constituencies. Then, the majority of the nons had favoured BN, but now (since 2008) they have 'belakang pusing' to favour PR candidates. PAS hopes to cash in on their 'belakang pusing'. 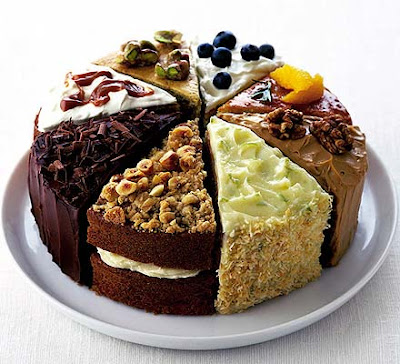 If Ismail Sabri's allegation has been true, than perhaps Dr M, in his several virulent accusations of Chinese for pretentious king-making aspirations and 'screwing up' the results of the last 2 general elections for UMNO, might have been having regrets of sorts, wakakaka - oh, those bloody Chinamen, apa lagi mereka mahu, wakakaka again.

But if you note, Pak Haji has frequently made efforts to separate his hostilities with DAP from his oft mentioned goodwill with the Chinese in general, indeed even in the midst of his discord with DAP over hudud.

PAS (Pak Haji) somehow believes the pretty much layback Chinese (one sweetie told me I have been far too layback, wakakaka, oh how I love her so) are generally tolerant of other religions and thus would be receptive or at least tolerant of PAS' hudud implementation.

In fact just 3 days ago, the Malay Mail Online reported that in Gombak: 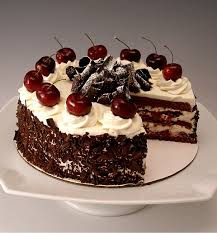 The newly-elected deputy chief of PAS’s Ulama wing today blamed the spread of Christianity among the Chinese for the alleged increase in opposition from those in the community towards Islam and its laws.

Datuk Dr Nik Muhammad Zawawi Salleh claimed the Chinese were not that hostile towards Islam when they were still Buddhists, compared to when they embraced Christianity, a religion that he said fears Islam’s advances in the public sphere.

“There is a new wave happening. The wave of Chinese who were Buddhists leaving their religion and embracing Christianity,” Nik Zawawi said today in the wing’s muktamar, or annual congress.

“This situation has changed after some of them converted into Christianity. This religion is a missionary religion, which has always clashed with Islam for ages.”

Nik Zawawi claimed that the situation was very different a decade ago when non-Muslim politicians, including those in the DAP, did not oppose the implementation of Islamic laws in Kelantan.

“This is not just happening in DAP, but also in MCA, Gerakan and other Chinese groups. That is why we see, those who have left into [Christianity], their actions are different from those who stayed in Buddhism. They could take it and did not attack the struggle and faith of Islam before,” he said.


According to Wikipedia the religions of Chinese Malaysians by percentage are as per the following chart (from Wiki):

But c'mon lah, Dr Nik Muhammad Zawawi. much as I love to whack looes74, who's a Methodist and afraid of going to Fiji wakakaka, more than 80% of Chinese Malaysians are still disciples of Siddharta Gautama so you needn't fret too much about the Christians (except for looes74, wakakaka).

But what's all these hullaballoo about?

Namely: The grand prize, the cake so to speak, of Putrajaya, with of course PAS as the biggest PR party (with that juicy 60 plus federal seats if Ah Chong and Ah Mooi sokong lah) in charge or in dominance of the new ruling coalition, and consequently and subsequently the eventual completion of the Islamization program PAS has in mind for Malaysia. That's when Inshaallah becomes Alhamdulillah.

But my dearest Pak Haji, much as Chinese Buddhists, Taoists and of other non-Christian and non-Abrahamic religions are well layback in terms of religion, I believe the idea of them wanting to live under an Islamic state with hudud as the penal code may be a bridge too far even for their known tolerance for matters religious.

Pak Haji, let me say this, you just want to have your cake and eat it too, wakakaka.