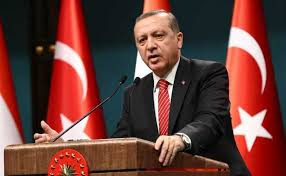 ANKARA, Sept 1 — Turkish President Tayyip Erdogan said today that the death of hundreds of Rohingya in Myanmar over the past week constituted a genocide aimed at Muslim communities in the region.

Nearly 400 people have died in fighting that has rocked Myanmar’s northwest for a week, new official data showed, making it probably the deadliest bout of violence to engulf the country’s Rohingya Muslim minority in decades.

“There is a genocide there. They remain silent towards this... All those looking away from this genocide carried out under the veil of democracy are also part of this massacre,” Erdogan said at his ruling AK Party’s Eid al-adha celebrations in Istanbul.

The army says it is conducting clearance operations against “extremist terrorists” to protect civilians.

Erdogan, with his roots in political Islam, has long strived to take a position of leadership among the world’s Muslim community. He said it was Turkey’s moral responsibility to take a stand against the events in Myanmar.

Around 38,000 Rohingya have crossed into Bangladesh from Myanmar, United Nations sources said, a week after Rohingya insurgents attacked police posts and an army base in Rakhine state, prompting clashes and a military counteroffensive.

Turkish President Tayyip Erdogan should be the last person to talk about 'genocide' when his country had been responsible for the genocides of (Christian) Armenians and Kurds. It's a f**king obscene joke. 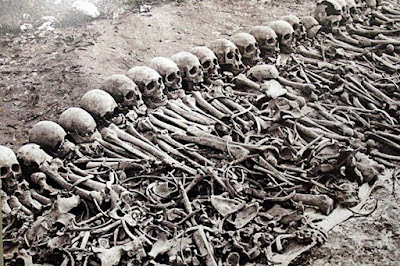 Apart from known genocides of Armenians and Kurds the Turks also massacred Greeks, Assyrians and Bulgarians in far earlier years.