According to Kwong Wah Yit Poh, the former PKR MP was ordered to surrender his mobile phone after his statement was taken down at the Tanjung Tokong police station from 10.30am till noon today.

The Facebook post in question was Tan’s response to a picture posted by a netizen praising Lim and his family for travelling economy class on a flight to Australia.

However, Tan said Lim’s son Clint was wearing a £887 (RM4,700) Givenchy track jacket in that same picture and went on to question how he could afford one.

Tan, 46, also claimed the investigation officer refused to show the recorded statement to him to ensure its veracity, as allowed under Section 112 of the Criminal Procedure Code.

Tan was told by the investigating police officer that the complainant “was from Putrajaya” and the complaint was on his Facebook post concerning Lim’s son.

He said such a report against him was unreasonable as he had not insulted or defamed Lim’s son, the report said.

Tan, who was MP from 2008 to 2013, was previously visited by the Malaysian Communications and Multimedia Commission (MCMC) on Dec 20, which he said was a response to his Facebook post on Lim’s son.

He took to Facebook, saying it was a form of “political persecution”.

MCMC, however, said it visited Tan’s house over the use of a non-compliant cordless phone, which it claimed was causing signal interference in his housing area.

Tan quit PKR in 2010 to become an independent MP.

Based on above news report there have been two wrongs committed, namely:

(1) Is it wrong for anyone to just comment on the jacket type worn by Lim GE's son and its correspondent expense?, and

(2) Should the police act in such a manner on an insubstantial manner?

Is the Law being abused by arrogant personality or personalities in Putrajaya and abetted by your mata-mata?

By the by, there has been very bad blood between Tan and Lim Guan Eng. Yes, you guess right that Tan Tee Beng was a former PKR man, in fact PKR's MP for Nibong Tebal, wakakaka, where bad blood exists until today between DAP and PKR.

Tan Tee Beng resigned from PKR to stand as an Independent on 01 March 2010, which alas spelt the virtual end of his political career, well, at least for now, wakakaka.

Tan said he resigned because Pakatan Rakyat had not addressed his complaints, but had turned a blind eye when he was criticised by DAP leaders, especially Penang deputy chief minister II P Ramasamy and Jelutong MP Jeff Ooi.

"There is no longer any avenue to voice our grievances. In fact, I have been told not to openly criticise the party leaders. This is not what PKR used to stand for - accountability and justice," he said.

"Party leaders are apparently untouchable. They are willing to turn a blind eye to internal problems in their bid to achieve their political objectives.

"The personal attacks on me are an attempt to divert attention from the real problems in Penang, which is (chief minister) Lim Guan Eng's problematic leadership. He wants to turn the Penang government into his family business." [...]

There's more bad blood between Tan and the Lim's. His father the late Tan Ghim Hwa was the former Gerakan State Chairman, and known as the sworn enemy of the DAP, or more specifically that of Lim KS, wakakaka.

Lim Kit Siang had in 1991 described Tan Ghim Hwa as a political vulture in a matter where phone threats were made against Lim, allegedly by some Gerakan Party members.

Tan [Ghim Hwa] simply reeled under Lim [Kit Siang]’s attacks over the controversial construction of the Midlands Park One-Stop Centre in Pulau Tikus, for having disregarded the MPPP Structure Plan in destroying Gurney Drive as a recreation centre by approving the exclusive 36-storey Silverton Condomonium, and the demolition of Hotel Metropole in Sultan Ahmad Shah, then known as millionaires’ row.

When you think of the rampant land reclamation along Gurney Drive and elsewhere, and various other developments in Penang which had resulted in disastrous landslides, you cannot but wonder why Lim KS hasn't attacked his then-CM son as he did to Tan Ghim Hwa.

My uncles knew the late Tan Ghim Hwa quite well. In the days when Dr Lim Chong Eu was wandering (like Moses) in the political wilderness, between the time of his resignation as MCA President to his co-founding of Gerakan Party with people like Professor Syed Hussein Alatas, Veerapan, Dr Wang and Tan Sri Dr Tan Chee Khoon, he formed his pre-Gerakan party called UDP (United Democratic Party) in Penang.


Then Tan Ghim Hwa joined him as a young UDP politician. Tan Senior's political baptism of fire was in a state by-election in my village Ayer Itam but he was defeated by MCA's Lim Kean Siew (formerly of Labour Party and one of the best (very fiery) orators in at least two languages, English and Penang Hokkien).

Tan Ghim Hwa was then a greenhorn politician, and known as Mr Clean. My uncles were shocked when 25 to 30 years later Lim Kit Siang brought out the issue of alleged phone threats to his (Lim’s) safety, and Lim’s description of Tan Ghim Hwa as a ‘political vulture’.

But now I can understand why, when I have gotten to know of Lim KS' very "dark" side.

But for the police today to act against Ghim Hwa's son Tan Tee Beng on what we have read as just his FB mention of how expensive must be the Givenchy designer jacket worn by Guan Eng's son during a flight to Australia, I think the law and use of the police have been grossly abused. 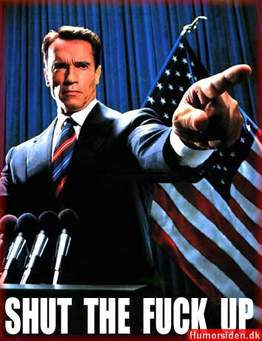